Called to Order by Wendy at 7:05PM CT

Sue made a motion to approve November (Mid-Year) Meeting’s Minutes. Jim seconded and the motion passed.

Guinea Pig Project – This is a test project submitted by a committee from a secretariat to shortening a VdC weekend by 24 hours, combining some of the Rollos and shorten some other aspects of the weekend, while trying to maintain the integrity of the weekend. The Board had a long discussion and is not ready to make a decision at this point. Further discussion and information is needed.

We do have some major concerns on how this is proposed setup would affect the flow of a VdC weekend. Would it be a better idea to concentrate on the 4th Day?

Debbie – Everything is moving along with the 2020 AG. The church on the campus is a separate entity and there would be an additional fee to rent it. Nancy Peterson has learned that the church is available for our services….but there are no projection screens. The Board decided not to use the church because of no projection capabilities and the additional funds. Wendy suggested that the Host Committee make the room to be used for worship feel more like a chapel; banners, candles, etc..

We will not be posting marketing videos from the Board this year. They were not viewed with any regularity. Debbie will discuss with Wendy in the near future on how to market the AG more effectively. Sue Bathe contacted Debbie concerning linens needed for the 2021 AG – since the campus does not provide these. They are working on various possibilities.

Bob Lewis contacted Debbie about attending a renewal weekend they are hosting. Lindsay would like to attend as well. This might be a year or so out.

Pastor Sue – Rick and Pastor Sue have the Clergy Survey ready to go out in January if we can get a good list of clergy from the data base. This would include all elected SDs and all clergy who has served a weekend or available to serve a weekend.

Jim – Jim sent out a cash report. Things are slow this time of year. Going into the first of the year, we will need a good list of secretariat officers.

Jeanne – Annual Reports will be going out in January. I will get together with Lindsay to work on updating the officer lists for each secretariat. I will share those results with Jim for the billing reports.

Lindsay – Lindsay is starting to discuss term limits for the RCs. The thought would be 4 year rotating changes to the RC positions. Jeanne made a recommendation that we proceed with this idea and Lindsay will discuss with the RCs and let them know when their particular term will end. Lindsay will also evaluate each RC on an annual basis.

Rick – The test site is up and running. Wendy, Debbie and Jeanne will be reviewing the information to tweak the different pages so the site can be rolled out as soon as possible.

Hollie – Hollie did send out an email on what is coming out in the newsletter for January. Being new in this position she is asking for input as she goes along. Sometime in January, Hollie will be taking over the management of our Facebook page.

Rhonda – Nothing new on her end. She did request to be moved from the January edition to the February edition.

Closing Prayer was let by Pastor Sue. A motion was made by Debbie and 2nd by Pastor Sue to adjourn the meeting at 8:52 pm. 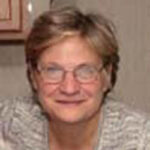