Opening Prayer was led by Jeanne

A motion was made by Jim to approve the minutes from December with a 2nd by Debbie. The motion passed.

New Committee Chairs – Rick Hanzlik will be our Tech Chair – Amanda Hunter is being appointed as our Communications Chair. Brian and Wendy will be working on a marketing plan to build these committees.

National Virtual Ultreya – A theme will be set for this online Ultreya. We would like to have people from different regions and an SD to help with this project. Lindsay and Wendy will move forward to make this happen in February.

Jeanne made a motion and Debbie seconded to approve an expenditure of $200 to set up a Zoom account for the NLS. Motion passed. This account will accommodate up to 300 participants and will be used for different meetings as well.

Brian and Jeanne will be pulling together an online workshop to review potential by-law changes before the next AG.

Debbie – AG – There is some hesitancy from the Host Committee about having an in-person AG in 2021. A decision will not be made on this until at least March. If the decision is made to do an online meeting instead of in-person, the current Host Committee will host the AG in 2022.

Brian – Nothing more to report other than previously stated.

Jim – We discussed the practicality of waiving the 2020 dues. Debbie made a motion to waive the 2020 NLS annual mandatory dues, other than the two Secretariats that still owe for 2019. Lindsay 2nd the motion and it passed. A letter will be going out after our meeting in February. If Secretariats or individuals would like to make a donation we would be happy to accept those. A donation opportunity will be available on our new website.

Jeanne – Annual Activities Reports are complete and will be sent out before the end of this month.
The President and Secretary Nomination Forms have been completed. Still working on the VPO Nomination Form.

Lindsay – Attended a Region 5 meeting. It was a very positive meeting and she is moving forward with this positivity. She reiterated that everyone should feel free to reach out to Lindsay. 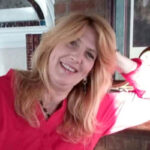