Minutes from the December 14, 2021 meeting were accepted by acclamation.

The meeting planning calendar was reviewed. It was agreed that the National Lutheran Secretariat (NLS) Executive Committee (NLSEC) meetings will be held on the fourth Tuesday of each month. The next meeting will be February 22, 2022.

Pastoral Support – Jeanne: The Pastoral Support Committee continues to work on preparing a paper survey to be sent to Via de Cristo Secretariat Spiritual Directors. The committee is also working to create a new brochure and video for clergy.

Archivist – Dave: Dave will be working with Eric now that the website is back up.

Webmaster – Eric: The national Via de Cristo website (viadecristo.org) is up. John offered sincere and great thanks to Eric in being instrumental in this effort. The site is intentionally designed to be simple and clear. Everyone is encouraged to look at the site and send constructive suggestions to John. The next website related task to be addressed is getting affiliated secretariat weekends posted to the site. Eric will also work with Karen to add Regional Coordinator (RC) names, pictures, and bios. Eric offered to teach others how to edit website content.

Database Coordinators – Marcia/Randy: Marcia and Randy have completed the registration form for the NLS annual gathering (NLSAG). It is currently turned off. It will be turned on for 3-4 days so that the payment part of it can be confirmed.

VP of Administration – Jane: Jane is co-planning a NLSAG Host Committee leads meeting with Sue Bathe that will take place this Saturday, January 22. Requests for speaker bios and pictures have been sent. She has emailed two communities interested in hosting the 2023 annual gathering. A draft delegate job aid and proposed letter were reviewed. The letter referenced dues. The discussion of the letter and dues led to the following motions:

Treasurer – Jim: Jim reported that he refunded Eric $10 related to website expenses. In addition to his routine functions, Jim also assisted John and Eric by providing requested data to the new Website Hosting service as part of the effort to restore website availability.

VP of Outreach – Karen: Karen had a meeting with the RCs that went well. John provided updates on the website and Covid guidance. Due to the current Covid outbreak, weekends are slowly resuming across the country. While the palanca request form on the NLS website is not working, Karen is temporarily receiving and sharing weekend dates from and with the RCs.

President – John: John held a very good Lay Director round table meeting on December 20th with 14 lay directors and two RCs attending. Janet Crouch (Texas) has agreed to serve as the chair of the Nominating Committee. John asked the NLSEC and appointed committee chairpersons to share other possible nominating committee member names with him. Ideally the committee will have three geographically dispersed members. John is looking into creating a records repository for NLS documents (e.g., the Redbook). In the meanwhile, he reiterated the importance for each NLSEC member maintaining a turnover file. John and Pastor Sue completed a rough draft of the ‘pan-Lutheranism’ charter statement. John will be attending the 4th Day Leaders meeting in Florida, February 4-5.

Jim led a discussion on the pending bylaw changes. With two exceptions, the proposed changes are straightforward and are unlikely to generate much conversation. The two pending changes that are of greater significance are:

The group concurred that the path to getting bylaw 4.2 changed requires dialogue and prayerful consideration of those that will be voting on the change. Ideally, the change to be considered during the 2022 annual business meeting will be well communicated to all secretariats and voting delegates in March. The initial communication should then be followed by town hall type video conferences starting in April or May. As delegates may not be identified in time for the town hall calls, affiliated secretariat lay directors should be encouraged to make sure the delegates representing their secretariat are well informed of the proposed change and the expressed position of the secretariat’s informed leaders prior to the beginning of the NLSAG.

When this change was proposed to the NLS during the last annual meeting, several secretariats offered amendments to this bylaw but no final action was taken. It will be good to vet this matter in advance of this year’s annual meeting. Understanding the various opinions and/or concerns can help facilitate a more effective dialogue and resolution.

Jane recalls reviewing, discussing and voting on rollo changes when she first came on the NLSEC. She asked what came of those changes. John took an action item to research this.

On Thursday, January 20, 2021, John sent an email to the NLSEC nominating Carolyn Witham to serve as Secretary until the 2022 Annual Gathering. He asked that each NLSEC member reply to him with a vote of yea or nay. The vote was completed the same day and was unanimous, affirming Carolyn’s appointment of interim Secretary until the annual meeting. 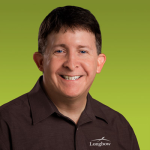